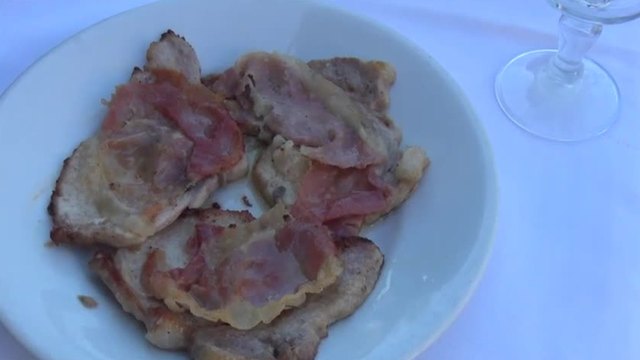 When visiting a foreign country like Italy, there can be challenges to something as simple as asking for a un bicchiere d’acqua (a glass of water)! In fact, as Anna and Marika mention while enjoying a meal in a famous Roman restaurant, one of the first things the cameriere (waiter) will ask you is what you want to drink.

The waiter came and he brought us still water.

First he asked us if we wanted fizzy water or still and we chose still.

Water is not served automatically, nor is it free unless you specifically ask for acqua del rubinetto (tap water). Italians commonly drink acqua minerale (mineral water, or sometimes simply bottled water) al ristorante (at a restaurant), and will choose either acqua gassata (fizzy water), or acqua naturale (plain or still mineral water). If you ask for ghiaccio (ice), they may give you funny look, but you can ask for your acqua fredda (cold) or a temperatura ambiente (at room temperature).

One of the last things you’ll do after a meal in a restaurant is ask for il conto (the bill). Sometimes, as might be the case with Marika and Anna, you decide to pay alla romana (Roman style) where the bill is divided equally among the number of people dining, regardless of what each person had to eat. But if you do want to pay, you can tell the friend who's taking his wallet out to leave it where it is. Stai buono/a. You’re saying, “be good” but you mean “stay as you are!”

Learning suggestion: Keep on the lookout for the verb stare (to be situated, to stay, to be) as you watch Yabla videos. It’s closely related to essere (to be) but implies a position or condition. Do a Yabla video search of both stare and stai to get a feel for when and how it’s used. 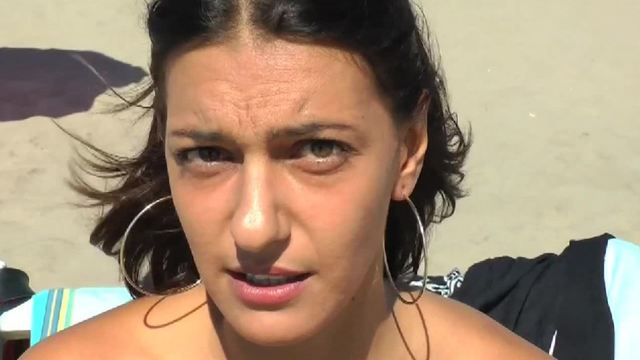 Stay Warm and Dream of Beaches

For those living in the Northern Hemisphere, December can be a good time to turn to indoor activities like learning or perfecting a second language. If it’s cold and dark outside, it might be nice to make yourself a nice cup of tea or cioccolata calda (hot chocolate) and view some of the new videos at Yabla!

With all this cold weather, Francesca must be daydreaming about warmer times. She shared with us how wonderful the beach can be in September:

Today I've decided to spend the day differently from usual and so I've come to the beach.

The rabble, in Italy, means an exaggerated crowd, lots and lots of people, that can be found on these beaches.

In Italia much of the coastline consists of private beach clubs that provide bars, restaurants, changing rooms, showers, and restrooms. Bagno is used to indicate a beach club or bathing establishment, for example, "Bagno Italia." Fare il bagno (“to go swimming” or “to go in the water”) is one thing you might do there. But be careful; bagno can also mean lavatory! Public (free) beaches (spiaggie libere) exist but tend to be small and hard to find. Francesca is at a typical Italian beach club where it is customary to rent a beach umbrella (ombrellone) and beach chair (sdraio) or cot (lettino). She has to go and pay first alla cassa (at the counter).

La cassa is used to indicate the place where you pay for something, whether it’s a cash register, ticket window, or checkout counter.

To inspire your warm weather reverie, and to reinforce your vocabulary on the subject, have a look at these Yabla videos:

Antonio takes us to a beautiful seaside resort at Praia a Mare in Calabria on the Tyrrhenian Sea.

Adriano tells us about the splendid beach at Mondello near Palermo in Sicily.